Mike Hagedorn (BH-3356) from Garrison Carida had a horrifying incident with his Jango Fett helmet.

After trooping at a garrison event, he stowed his helmet in a plastic bin with the rest of his armor. A few weeks later, he opened the bin to prepare the armor for another event and found the helmet was smashed!

Mike now has a replacement helmet, and to prevent such disasters from occuring in the future, he scratch built a custom armor locker featuring a bantha skull and his name in Aurebesh: 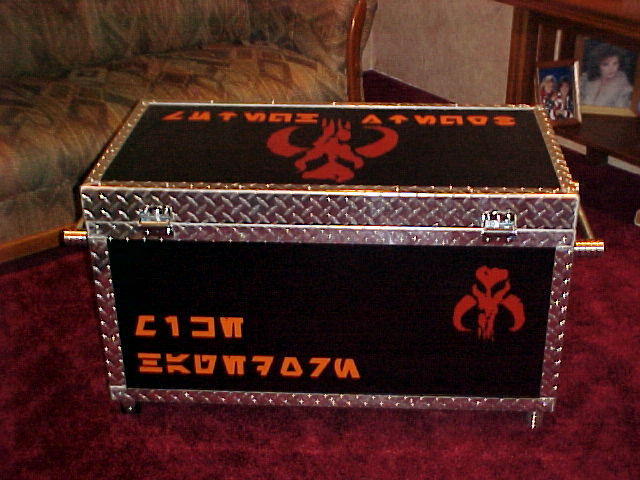 Here's another view of the box: 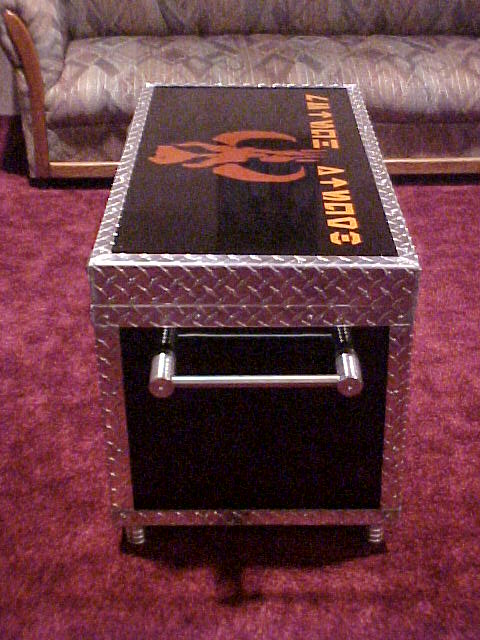